“He that is good for making excuses is seldom good for anything else.” Benjamin Franklin

An excuse is the skin of a reason stuffed with a lie. 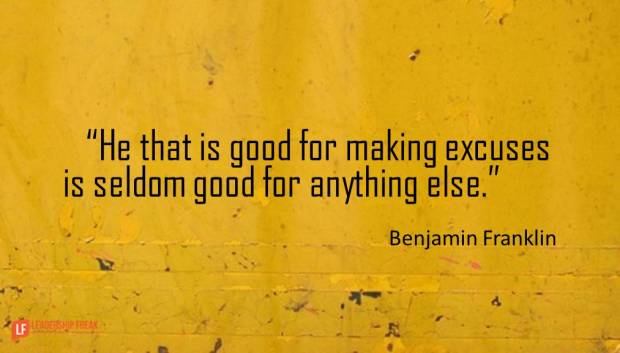 Excuses are the reason careers get stuck, life is on hold, and relationships grow dissatisfying.

Eliminate excuse-making by knowing the difference between excuses and explanations.

Excuse: “I was waiting for you to tell me what to do.” This means the failure is your fault. Sentences that begin with, “I was waiting,” always end with a reason why lack of performance was some else’s responsibility.

Two questions that maximize an explanation.

Two question that crackdown on excuse-making.

An excuse is the reason someone didn’t try. Confront failures of neglect, apathy, and inaction.

Curb excuse-making by honoring failures of energy, initiative, and effort.

What is the difference between an excuse and an explanation?

How might leaders model the way when it comes to accountability? 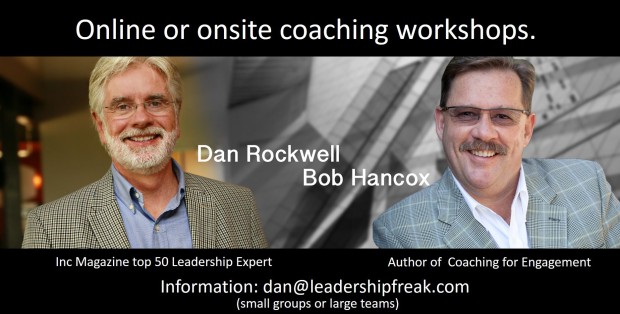 10 thoughts on “Two Questions that Crackdown on Excuse Making”