I’ve seen a George H.W. Bush quote floating around on the Internet that completely misses the point. 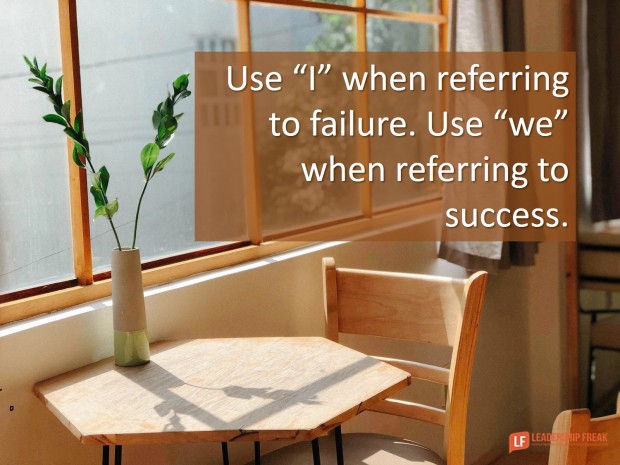 Jenna asked, “What do you want your legacy to be?”

Bush replied, “I want someone else to define the legacy. I’ve kind of banned the use of the “L” word – legacy word.”

Did you notice the simple shift in pronoun?

The shift from “I” to “we” rolled easy from the former President’s lips. “… I did wrong,” shifts to “… we did right.” It’s a shift all leaders would do well to embrace.

The shift from “I” to “we” is the heart of humble leadership. A side benefit of taking responsibility is trust.

What’s important about taking responsibility, even when others screw up?

What’s the difference between taking responsibility for failure and dealing with other people’s mistakes?

17 thoughts on “The George H.W. Bush Quote They’re Getting Wrong”