How to Think Negative and Still Succeed

Even Eeyore is right sometimes. 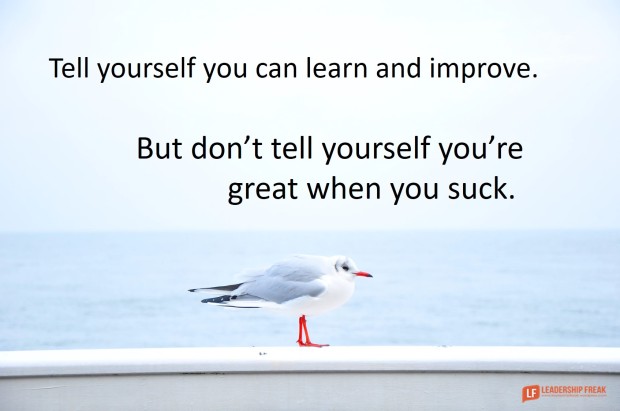 James Stockdale – former P.O.W. – told Jim Collins, “You must never confuse faith that you will prevail in the end—which you can never afford to lose—with the discipline to confront the most brutal facts of your current reality, whatever they might be.”

Collins wrote, “To this day, I carry a mental image of Stockdale admonishing the optimists: ‘We’re not getting out by Christmas; deal with it!’” (Good to Great)

You can’t lie to yourself and get away with it.

It’s dangerous to tell yourself you’re a great speaker when nodding heads say otherwise. It’s better to admit you suck and deal with it than to pretend you’re great and drift.

“…  a Pollyannaish attitude may have its costs—perhaps because it fosters complacency.” Scientific American

“A typical premortem begins after the team has been briefed on the plan. The leader starts the exercise by informing everyone that the project has failed spectacularly. Over the next few minutes those in the room independently write down every reason they can think of for the failure…” (HBR)

The person who anticipates potential problems is a gift to an overly optimistic leader.

Just because someone points out a problem doesn’t mean they’re against the decision or project.

Grit is about facing challenges with your eyes opened.

What are some dangers of optimism?

Further reading: The Upside of the Darkside

8 thoughts on “How to Think Negative and Still Succeed”