Take Control of Your Career or Someone Else Will

I’m doing something I’ve never done! This post is a transcribed comment from a Leadership Freak reader. 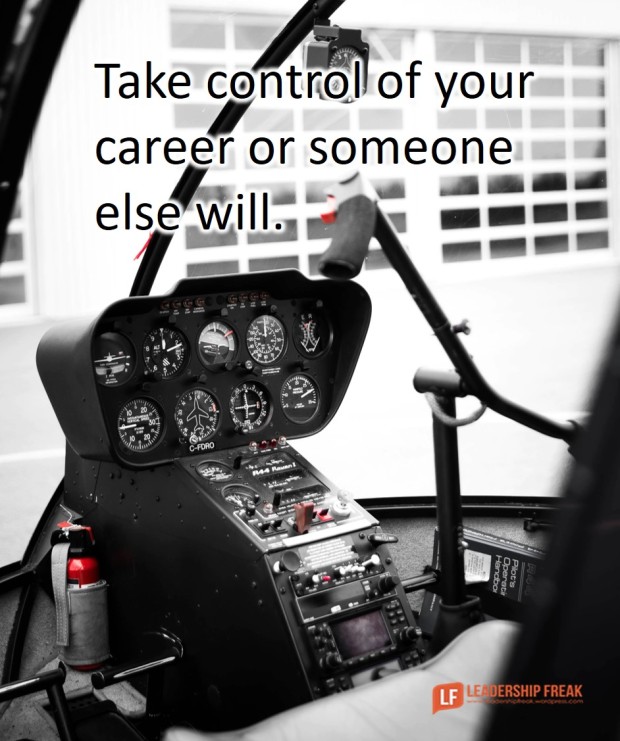 Back in the mid 90s I worked at one of the larger Nuclear Power stations. I was in the Electrical Design group, a pool of 11 with one supervisor.

Each morning the other 10 guys would often leave our trailer quickly about the time our supervisor was coming back from his morning meeting. I was the only one left to handle that day’s “emergency” (crap) assignment.

So I thought that if I was going to have all the emergencies, I might as well control the situation.

I found a friend (my spy) who was from another department who was always at the morning meeting. I asked him to contact me when an emergency was coming back with my supervisor (either during the meeting or shortly afterwards).

The trailer team scattered and I would get the information on what was coming up.

Before my supervisor returned, I wrote down the issues, contacted the external help I needed – letting them know what I wanted.

I waited in my supervisor’s office for him to return. I let him know I was aware of the situation, I had already started gathering support and explained who I needed internally to help.

He would always smile at me and say, “You got it.”

I took control. My supervisor knew what I needed and supported me.

When I left the group moving West in 2001, we went to lunch and he thanked me for the way I handled those situations and was glad to have me on his team.

Don’t miss the book giveaway on this morning’s post. MAINTAINING BALANCE IN TIMES OF PROSPERITY

← MAINTAINING BALANCE IN TIMES OF PROSPERITY
Dear Dan: Should I Force the Foot-Dragger to Attend →