Leaders who can’t accept themselves are sure to look down on others.

Disapproval is the hammer of perfectionistic leaders. 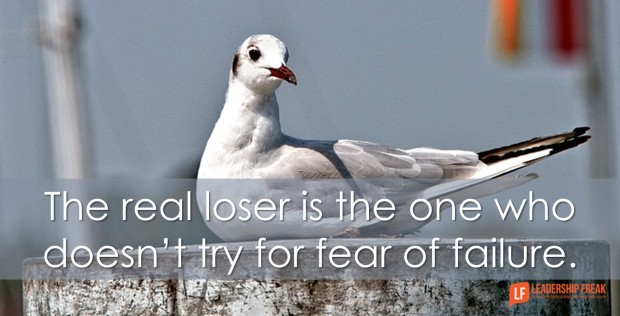 Pursuit is energized with humility and snuffed out with perfectionism.

I’ve heard people say that they don’t fail. They always succeed. That means fear of failure prevents them from reaching high. It also means they reject real humans beings on their team.

The pursuit of excellence includes the acceptance that you aren’t there yet.

The only way to change the future is to accept an imperfect past and change now.

#2. Honor talent in others.

Perfectionists preserve the illusion of their own perfection by highlighting the imperfection of others.

Write the names of your team members down the left-hand side of a piece of paper. List at least two things each team member does better than you. You might include things like openness, listening, or learning. After completing the project, go tell your team mates what they’re great at. (Don’t include the comparison to yourself.)

The leader who always has to be right can’t learn from being wrong.

#4. Realize that acceptance – not perfectionism – is the beginning of influence.

Accept people for who they are if you hope to unleash their talent.

The expectation that others won’t fail is stifling rejection that leads to manipulation.

How might leaders accept imperfection and pursue excellence at the same time?

← Solution Saturday: How to Change Perceptions
Tippy-Toe Leaders and Other Dysfunctional Problem-Solvers →