The Gifts of Leadership: Equip Novices for Success and Stay Sane

Nothing is more important to the future than equipping new talent for success. It’s all about choice and approach. 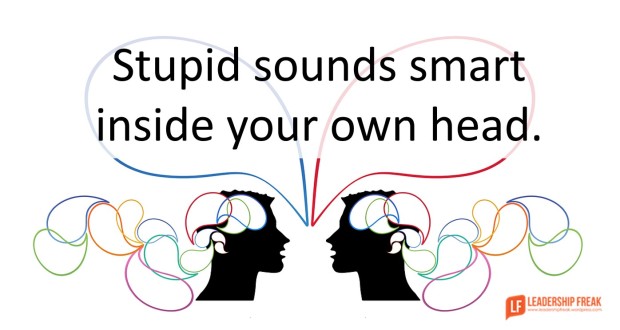 What’s the response when you ask, “Do you want to grow yourself and develop your leadership?” We’re supposed to say, “Yes.” But not everyone means it.

Exercise caution and forethought when choosing where to spend your time and energy. They are treasures.

You might be offended by the term “unworthy”. I don’t blame you. But some people aren’t worth your time.

Value yourself enough to choose where you focus your time and energy.

#1. Lazy novices want easy answers. But if answers were easy you wouldn’t need growth and development.

#2. Indulgent novices pretend they want suggestions, but really look for confirmation. They want agreement that the problem is someone else’s, not theirs.

#3. Self-centered novices seek sympathy, not something to do.

The closer a novice gets to facing real challenges, the wiser the voice of experience becomes.

Advice about running effective meetings is drivel to novices who aren’t preparing to run real meetings.

When a novice is preparing to run their first meeting – and the meeting is day after tomorrow – their mind is open and your suggestions are brilliant.

Novices need to hear themselves talking in order to evaluate what they’re think. Invite novices to describe – out loud – problems and solutions.

Stupid sounds smart inside your head.

A listening audience changes the way you think about your thoughts.

What approach is most effective in the growth and development of novices?

9 thoughts on “The Gifts of Leadership: Equip Novices for Success and Stay Sane”