5 Reasons We Argue When We Agree 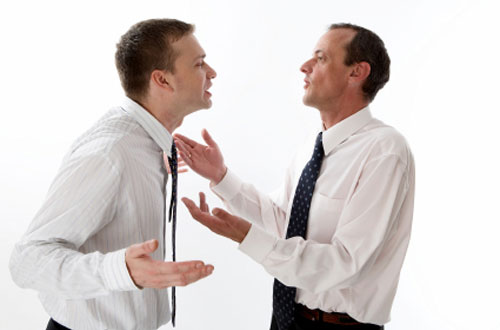 Have you ever argued with someone only to discover you agreed?

One partner said to his other partners – who were in heated discussion – “You’re both arguing for the same thing.” I thought his observation intriguing. I started watching my conversations to see if I have “unnecessary” arguments. I do!

I argue – say debate if you prefer the more noble term – with people even when I agree with them.

Arguments when we agree are useless, draining time-wasters. There’s no need for winners or losers.

5 reasons we argue when we agree:

Bonus: History closes our minds. We argued about this before and you were wrong then.

A leadership colleague and I were discussion the merits of focusing internally on the people in our organization or externally on customers. I said, “It’s an ‘and’ conversation not an ‘or’.” He agreed. But, he continued talking about one side of the issue.

In the past I would have disagreed even though I agreed with everything he said. This time I just agreed. Is there more to the issue? Yes. We already agreed it was an “and” conversation. Did we make policy decisions? No. His points were useful, accurate, and applicable.

Agree quickly. Don’t add to. Don’t give the “full” picture. One conversation can’t address every facet of important issues.

Note: This short post isn’t the full picture. Go ahead …

Do you argue when you agree?

← The Best Use of Words
The Second Question →

32 thoughts on “5 Reasons We Argue When We Agree”